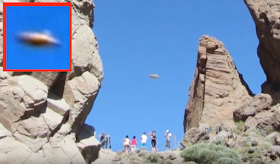 The eyewitness accidentally captured a UFO near a volcano in Spain last week. The UFO appears in one photo just above a group of people trekking up the mountain. When I make a close up of the UFO, I see there are no wings, no contrail, but it does appear to be a disk with a dome on its top center. UFOs are seen in mountain areas because many alien bases are hidden in remote location so that humans wont stumble upon them. Awesome capture.
Scott C. Waring 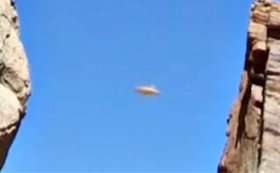 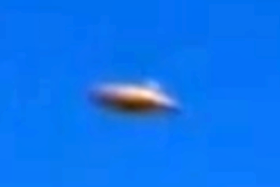